This part of this article will focus primarily on how screenshots work with Windows 7. 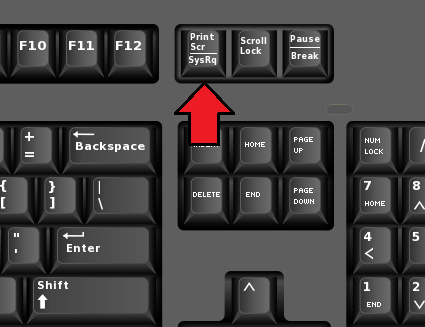 To open the snipping tool:

By default, Snipping Tool opens in Rectangular Snip mode. By clicking the Mode button, you can switch between screenshot methods.

Apple has a simple shortcut for taking screenshots.

Screenshots are saved to the desktop by default.

If it’s the first time the tool was opened on the computer, it will open with a brief tutorial. You can use Firefox’s screenshot tool much in the same way as Snipping Tool’s Rectangular Snip tool, but after taking the screenshot it will be automatically uploaded onto Firefox’s temporary image hosting service, giving you a link to share the capture with.

Screenshots on an Android phone (assuming you have Android 9 or 10):

There are two ways to do this.

The screenshot will briefly appear as a smaller version and then disappear, and you’ll get a top notification that lets you share, edit, or delete it.

Some Android phones (for example, certain Samsung and Huawei phones) let you take “long” screenshots, where you can scroll the screen down and capture the entire page. Check your phone’s support pages if you think you might have that — it can be handy.

If you want to find all your past screenshots:

Screenshots on an iPhone:

Taking a screenshot with an iPhone is simple and uncomplicated:

The student help desk is located on main campus in the Library (center building).

How to Take a Picture With Your Smart Phone

How to Set up your Photo Capturing Space Find a place that is well-lit and comfor...

What is a PDF?

A PDF (Portable Document Format) file is an electronic document that may utilize ...

Computer Basics: Getting Started with Computers If you have just purchased a mobi...